The xylophone is an incredibly well-known instrument that has found modern fame through its professional use in orchestras and its rudimentary use in grade school classrooms. The xylophone utilizes wooden bars, as opposed to the metal bars of its cousin, the glockenspiel, and a set of mallets to create its signature sound.

Xylophone origin? – With origins dating back to ancient times, the xylophone has retained much of its original design, but has also made significant changes that have improved the quality of the sound produced and the functionality of the popular instrument.

Below we will look at how exactly the modern xylophone came to be, who brought about the design of the xylophone today, and the complicated xylophone history that led to the instrument joining the guitar, piano, and drums as one of the most popular instruments in modern society.

What Do You Call Someone Who Plays the Xylophone?

With a name like xylophone, it can be difficult to think of exactly what the title of the instrument’s player should be. It’s odd vernacular makes us think of complex and confusing names that somehow line up to the instrument’s moniker. However, when we look at titles given to some of the other oddly named instruments, it may be easier to imagine a more conventional name for these players.

For example, someone who plays the oboe is simply known as an oboist, while an individual who plays the guitar is a guitarist. Even the title of a harmonica player (a harmonicist) that doesn’t seem quite right when you say it out loud, remains consistent with the naming conventions used for other instruments.

So, rather predictably, the official name for an individual who plays the xylophone is a xylophonist. However, they, and all percussion instrument players, may also be referred to a percussionist.

The xylophone was originally made using a series of wooden bars that were laid across the player’s legs. However, it wasn’t long before the design became more complex, removing the player’s body from the equation and instead of laying the bars across various hollow gourds. When struck, they produced the resonating notes that can still be heard on modern instruments today, though they now use metal tubes to generate these sounds. The wooden bars were struck with mallets that were made using willow wood that had shallow bowls carved into the beating ends.

During this time, African xylophonists also utilized a wide variety of resonators, including wooden boxes, clay pots, and even simple holes in the ground that the bars were then laid across. However, it wasn’t until the instrument began its migration to South America that the African xylophonists created an effective method to tune the instrument.

By carving a gentle arch into the bottom of each bar, they created what is now known as the arcuate notch. This simple, but intrinsic change to the design of the xylophone did away with the haphazard methods of tuning from the past and became one of the first steps towards the xylophone’s global popularity.

Previously, the xylophone was tuned by placing the bars on tied bundles of straw or banana leaves. This method required continued shifting and re-arranging to ensure that the bars created the desired sound each time the instrument was played. This issue with tuning the instrument was also the precursor to the xylophone’s ladder-like layout. With xylophonists struggling to find the best way to quickly and efficiently tune the instrument, they adopted a simple design that would provide access for both playing and tuning.

During the 1800s in Europe, the xylophone was used primarily for playing folk music. The designs were complicated during this time and saw the bars arranged in rows, trapezoids, and even complex arrangements that included vertical and horizontal bars laid across straw supports. The bars were struck with mallets that were little more than spoon-shaped sticks. It was during this time that the instrument became known as the straw fiddle.

It wasn’t until 1886 that Albert Roth came out with the two-row design and chromatic note pattern that we now use today. This design uses rosewood for the bars, aluminum tubing for the resonators, cords or pads that are made of felt, rubber, wood, or other materials to support the bars where the sit on the frame, and a frame that is made of metal or wood.

How the Xylophone Got Its Name

The xylophone has a long history that dates back to an instrument known as the harmonicon, however, the modern name that we use to describe the xylophone today has a much more recent origin.

The xylophone likely came to Europe during the crusades, and it was in the 1500s when the xylophone began to grow in popularity in European culture. It took on a variety of different names that described the material it was made of and the sound that it produced, but one of the most popular names for the instrument was the hültze glechte, or the wooden laughter, mentioned in Arnold Schlick’s Spiegel der Orgelmacher und Organisten.

In the 1800s, one very popular title for this instrument was the straw fiddle. This title became widespread due to the Russian xylophonist, Michael Josef Gusikov, who laid four rows of bars across several straw supports. 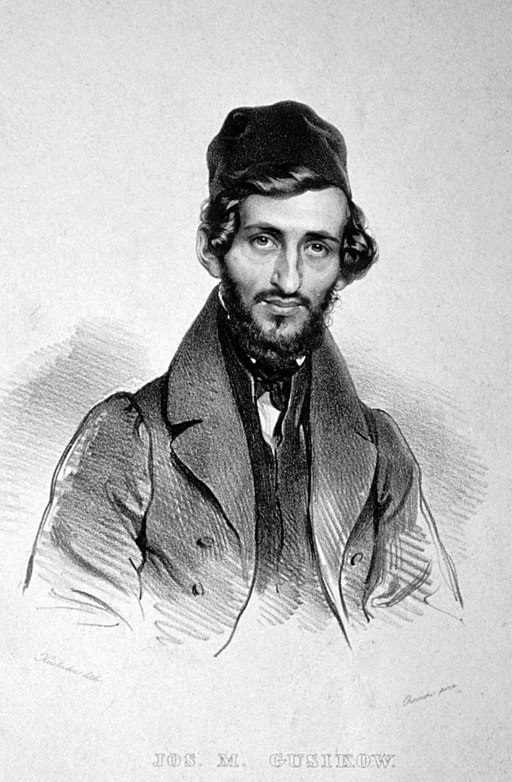 The wooden laughter, the name given to the instrument in the 1500s, is very similar to wooden sound, which is the Greek meaning of the word xylophone. Xylon, meaning wood, and phōnē, meaning sound. This indicates that the German title for the instrument likely influenced the modern name that we use today.

Who Invented the Xylophone?

The invention of the ancient equivalent to the xylophone is almost impossible to trace, however, the modern design that we use today was adopted fairly recently.

The xylophone was introduced to Europe during the crusades and soon became a popular instrument in European folk music. However, the xylophones used at the time did not have resonators and many utilized complex arrangements of the bars. One of the first major steps towards the modern xylophone was by Michael Josef Gusikov, a Russian xylophonist. He designed a four-rowed xylophone that mimicked the notes of the piano. Due to Gusikov’s fame at the time, the xylophone quickly became a well-known instrument that was used in European concerts.

However, it was in 1886 that Albert Roth decided to employ a two-rowed xylophone that had a chromatic note pattern. Once John Calhoun Deagan began mass-producing this version of the xylophone in 1903, this design became the standard for all xylophones and remains the standard for orchestral xylophones to this day.

Where Does the Xylophone Come From?

The xylophone is a relatively simple instrument and due to the rudimentary materials used in its creation and the simplistic design, the xylophone’s origin has become difficult to pinpoint.

Many people have suggested that it originated in Asia and Africa around the same time, however, the Vienna Symphonic Library states that the first instruments that were related to the xylophone appeared around 2000 B.C. in eastern Asia, before spreading to Africa. This instrument was known as the harmonicon and was made of hanging wooden bars that were struck in the same way that a modern xylophone is struck.

The earliest concrete evidence that we have of a true xylophone is in the 9th century in southeast Asia. Though, it has been suggested that the xylophone had been introduced to Africa as early as 500 A.D. when a group of Malayo-Polynesian peoples migrated from southeastern Asia.

During its time in Africa, the xylophone took on many different variations that helped to make the xylophone what it is today, but the invention of the arcuate notch, a simple arc carved out of the underside of the bars for proper tuning, is the greatest influence that African xylophonists had on the instrument’s design today.

The xylophone began to increase in popularity as it spread to Europe during the crusades and then to Central America in the seventeenth century. It was in Central America that the xylophone was modified to become the modern-day marimba which is still widely used in South American cultures, including Guatemala where it is considered to be their national instrument.

Meanwhile, in Europe the xylophone took on a variety of different forms and arrangements from the 1500s to the late 1800s. This included designs that neglected to use a resonator, designs that were placed atop straw supports and Michael Josef Gusikov’s four-rowed xylophone. Gusikov’s design was made to mimic the notes of a piano and influenced Albert Roth’s two-rowed xylophone in 1886.

This two-rowed design became the popular standard for xylophones worldwide and is still used as the benchmark for the orchestral xylophone today. The term percussion mallet can be used to describe a wide variety of sticks used to play a musical instrument. This article will focus on which mallet for which instrument and some recommendations. What is a Mallet in percussion? – Percussion mallets are generally described as any implement used to strike a percussion instrument for… This is a brief but still comprehensive look at the history of the Marimba from its origins right through to the modern-day and some restrictions on who can play it, depending on your geography in the world. When was the Marimba Instrument Invented? – The Marimba’s invention began in the 14th Century, although its country… The total weight of a xylophone depends on the weight of its components. The components include bars, resonators, and the frame. Wooden bars are denser and thus heavier than synthetic fiberglass bars. But, of course, the weight will also depend on the dimensions of the xylophone. Xylophone Weights How much does a xylophone weigh? –…

The main goal of proper marimba maintenance is to ensure the quality of sound that resonates from the pipes remains as perfect as the day it was first assembled. How to Clean a Marimba – Carefully examining and cleaning the tone plates, resonator pipes, and tone plate suspension cords. Also fully understand how to assemble… This article will provide a selection of just three microphones ideal for recording xylophone. What are the best microphones for Xylophone? – There are 3 microphones to consider depending on the situation. Two options come from Shure, and another from Behringer, using either solo or matched pair configurations and dynamic or condenser microphones. 3 Best… 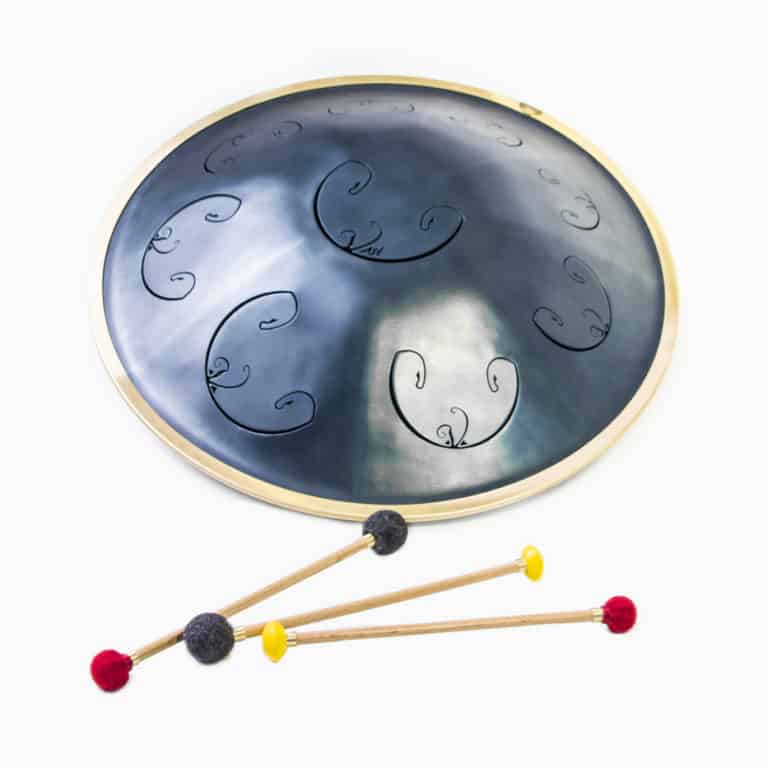 Using mallets to play the Rav Vast Drum provides a completely different experience from using your hands and fingers. Louder or softer sounds can be achieved, depending on the head of the mallet, and once really skilled, you’ll find you’ll be able to still play the triads you played with your hands. But which are…