There is no debate what type of instrument a guitar is, the way that 99% of guitarists utilize its parts determine it is a string, but there is a debate as to whether the guitar is also in the percussion family of instruments or not. So let’s take a brief look and probably upset a world of ax wielders and find out why the guitar is different from other string instruments.

The guitar is not a percussion family instrument but some players have developed a percussive style performance technique called fingerstyle that combines both the plucking element of stringed instruments and the striking technique common with percussion instruments.

So, traditional guitar players can rest easy as I do not attempt to claim the guitar as percussion, although many of the same, I am sure, would love to master the unique sound fingerstyle players can achieve. Let’s find out more.

The Guitar can be used as percussion

You can often see an acoustic guitar used as a percussion instrument when folk songs are being sung, sometimes with the instrument fitted with an interior contact mic that is capable of picking up the sound of someone drumming on it. This playing style creates a very unique, light beat that can compliment the sounds from the guitar if done properly.

However, it should be noted that this trick requires that your hand that is strumming be moving extremely fast, usually banging on the guitar after the downward stroke. Some musicians choosing to altogether do slower movements, banging out a beat with the palm of their hand, while picking at the strings.

Either way, the striking, which creates a drumming sound, will always be accompanied by the strings being played, which means that the guitar is rarely used as a percussive instrument solely.

Why do people use parts of the guitar as a percussion instrument?

Understanding why someone would use the guitar as part of the percussion sounds that they have can help you choose how you play. There are many reasons, but usually, they all fall within 4 reasons that the guitar is being used for something that it was not meant to do. Most people learning to use these techniques when they are playing alone at home.

It is important to understand that you should not be learning to play the guitar while trying to use the techniques you may see much use for drumming sounds. The technique to drum on an acoustic guitar is something you only learn after you have mastered the technique of playing the guitar normally. Many times you may find that people naturally start drumming as they master the strings of their guitars.

Acoustic music, folk music, chill sounds, or campfire melodies all have one thing in common that has helped people to master the technique of drumming on their guitar. They are usually played using only an acoustic guitar, with very few other music accompaniments, which means that the rhythmic beating on the side of the guitar helps to create the ambiance.

This example provides accompaniment of both bass and snare percussive sounds to a string strummed rhythm.

When playing with a band or even just a few other people the perfect rhythmic beating on the side of the guitar can deliver a unique sound that compliments the beats being made through the other sounds. In these cases, you will usually see that people are using a microphone on the inside of their guitars to record the beat they are hitting away.

It is rare for a guitar player in a band to play percussive guitar, as the percussion element is not loud enough or able to be amplified to a level whereby it would not affect the performance throughout.

The percussive guitar will maintain a beat by tapping, scratching, or knocking on the various parts of the body of the guitar, and/or muted strings while playing. These percussive strikes are regular and kept between notes and chords and help the guitar player keep to the beat of the composition he is playing.

This is most often used in a weird way that you would never imagine, as the right knocking and playing on the guitar can easily produce brand new sounds that cannot be made normally. Think of the double-tap that guitar players can do while strumming on an acoustic guitar, this sound can be hard to produce by someone not currently playing the guitar. Most guitar players that have played for a long while will be able to alter the sounds from their guitars by using the right kind of tapping.

However, with modern technology, this has become less used as amps, decks, and mixers can create many desired sounds without having to do extra movements from the guitars. When a new sound is needed to be made using an acoustic guitar it will usually be when people are playing around a campfire, or just having a quiet moment while they are playing at a concert.

What defines the guitar as a string instrument?

String instruments are any instruments that require a string or wire to produce music, the string will always be pulled taught over a certain length. With each note being produced from the instrument being plucked or strummed with either your hand or another special tool. The guitar is the most quintessential string instrument as it is ironically one of the simpler string instruments.

Does that mean you could play a melody if tuning the strings on a snare drum? Oh no, that’s not another debate, is it? Percussion instruments are part of the wonderful world of music that is both amazing, but exceedingly confusing if you are still learning. Unlike other instruments like a brass tuba or stringed pieces of wood, many people tend to forget the importance of having them. Assuming that they are only there to add some color, many… 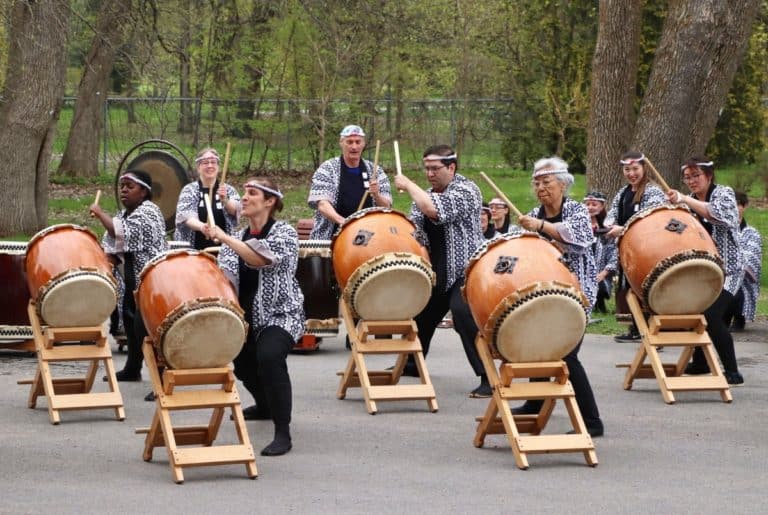 One of the things that everyone thinks is easy is learning how to play drums, however, what few realize is the natural rhythm that is required to play properly. Because drums are part of the percussion family of instruments many people believe that anything in this family is simply hitting something and a sound is… There is often someone in the room who owns a percussion instrument. When the topic of percussion is brought up, it is common for at least one person in the conversation to feel that the idea of actually playing would take far more skill and natural ability than they feel like they have. However, there…

Music is a complicated world with ups and downs that influence everyone who listens, and many people get confused as which parts are the most important. Many times pop and rock bands will find their lead singer or guitar players as the most popular, or orchestras will give little attention to the rhythm section. So…