One of the longest debates in music is whether a piano belongs to the percussion family of instruments or whether it is a string instrument. I’m here to take a look at both sides of the argument and provide a definitive answer. So, is a piano percussion?

The piano is BOTH a stringed instrument and a percussion instrument. The strings are stretched between two points and vibrate as per the classification for stringed or chordophone instrument classification. But they vibrate only because they are struck as percussion rules. A single instrument does not have to fall strictly into one class.

Why do people think the piano is a percussion instrument

A piano is widely considered to be a percussion instrument because of the final act of the hammer striking the strings to create the sound. This, in effect, places the instrument into the percussion category despite the initial action of the piano player using keys on the exterior of the instrument.

A percussion instrument is one that is played by being struck, scraped, or brushed by an object to create the sound or range of sounds. Implements that can be used are traditionally percussion mallets, brushes, hands, or even other parts of the instrument itself.

Why do people think the piano is a stringed instrument

The piano is considered a string instrument by many people because the strings in the instrument are stretched between two points. An easy example of this is a violin where the strings are played by scraping a bow across them or plucking the string individually as you would a guitar for instance.

What about the Piano being Percussive and not Percussion

In many debates on whether a piano is a stringed instrument or not, the general settling of the argument is a compromise that the piano is percussive as opposed to percussion.

Is the Piano like Mallet Percussion in the interior operation?

Some argue that the piano is like mallet percussion in that the sound is created by the striking of the tone creating parts [strings] by the hammer. Similarities with definite pitch percussion instruments like the Xylophone or Marimba are used where mallets strike the bars to create melodies.

I’d say that the piano is pretty similar to mallet percussion (vibes, glock, marimba, etc.). It’s seen in a different context now because the finger-operated keyboard is similar to the organ and the harpsichord from which the piano is derived, but acoustically and mechanically the piano resembles mallet percussion. You are free to call the piano a string instrument, and you would technically be correct, but its sounds are very different from the plucked strings (harpsichords, guitars, lutes, harps), or the bowed strings (viol/violin family).

Whether the piano is a percussion instrument or a stringed instrument does not alter the fundamentals of the instrument itself, and one ‘Redditor’ eloquently put it…

The one big accepted classification system for musical instruments doesn’t exist. The most commonly used one is Hornbostel-Sachs, which classifies the piano as a simple chordophone or zither.

And in a non-systematic approach, you can call it what you want 😉

What do the experts say?

in 1914 a classification process for musical instruments was first published in the Zeitschrift für Ethnologie.

The piano falls under the category of Chordophone within this system and is, therefore, a string instrument by this system

Chordophones primarily produce their sounds by means of the vibration of a string or strings that are stretched between fixed points. This group includes all instruments generally called string instruments in the west, as well as many (but not all) keyboard instruments, such as pianos and harpsichords.

Summary: According to the most widely used system in the world, the Piano is a string instrument. However, as pointed out by the Reddit contributor, this only applies if you recognize the classification system at all. My advice is, do not worry whether the piano is percussion or string, and certainly don’t get involved in a debate about it. There is never a winner. Even if you can win, the victory is rather hollow. A little like the inside of a piano, or a drum! There are a huge number of percussion instruments, indeed they are the largest family in the orchestra. Some are pitched and some are not What Percussion Instrument Produces Definite Pitch? – The most obvious pitched percussion instrument would be the xylophone. Also, consider the timpani drum and marimba. If we arguably include the piano [An… 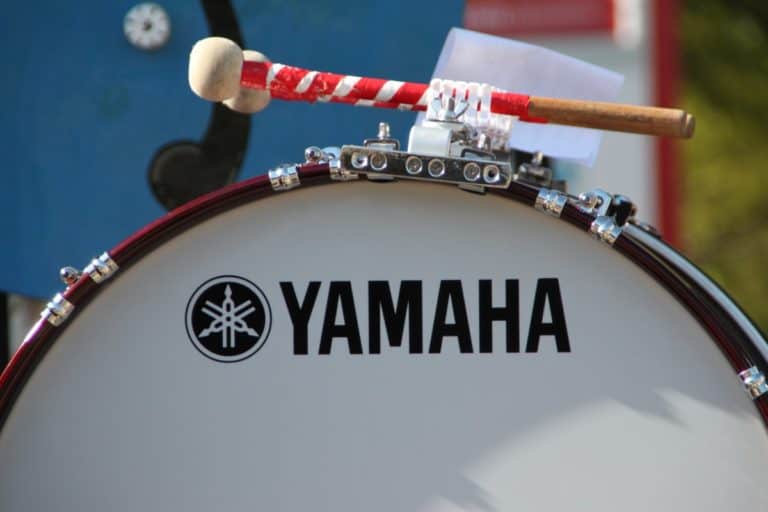 Percussion is often viewed and nothing more than drums in modern music, and understanding the difference between definite and indefinite pitch in the percussion family helps us answer the question, Can percussion instrument play a melody? Percussion instruments such as Marimba, Handpan, Tongue Drum and Kalimba can not only produce melody but can create some…

There is no debate what type of instrument a guitar is, the way that 99% of guitarists utilize its parts determine it is a string, but there is a debate as to whether the guitar is also in the percussion family of instruments or not. So let’s take a brief look and probably upset a…