The modern Mbira is more commonly known as a Kalimba. An instrument that is ancient in origin, its heritage entrenched in African history and important in local culture. A Kalimba can sound divine but how does it work and produce sound?

A Kalimba works by plucking steel keys of differing lengths and pitch with the thumb, which are set across a bridge attached to a wooden resonator box or board. Boxes may have holes to affect the resonance and create a vibrato effect. The Kalimba is also known as a Thumb Piano or Modern Mbira.

It really doesn’t get more complicated than that, although there is a lot more to the instrument and how it produces sound

How does a Kalimba Produce Sound?

The steel tines set on the kalimba are of differing lengths, with the pitch produced higher when they are shorter and lower when longer. The steel has a stiffness but is pliable enough to be pulled down and released by the thumb or thumbnail.

The releasing action causes the tine to vibrate which turn produces the sound wave which will also resonate with the box or board, whichever the tines are set on.

Lamellas or Lamellae are the technical term for the keys or tines on a Kalimba. The word is more commonly used in biology to describe a plate or scale, such as the gills in a mushroom, so it is more of a descriptive noun and thus, Tines or keys are a more accurate use in the case of a Kalimba

What type of sound it is?

In technical terms, and according to a scientific acoustics paper the Kalimba notes have a sharp attack with a slight discordant edge, followed by a slowly decaying pure tone. The dominant tones of a note are: a strong fundamental frequency (f0) and a single overtone (f1) whose frequency ratio f1/ f0 is about 5.9-6.8.

To us mere mortal players, enthusiasts and fans, the sound is reminiscent of musical boxes.

My Favourite Kalimbas for Beginners

I own quite a few Kalimbas of differing sizes, keys, styles, and prices. I was somewhat addicted for a while! Anyway, having gone through quite a few when I first started getting interested, I have a couple of recommendations for you, if you are looking to buy your first, so you can try one out inexpensively and see if you want to take things further

Chances are, you’ll stick with one of these as you can learn and grow with them, which is why I’ve picked them out

This was the first-ever Kalimba I bought and it is the one I use the most today.

Because it is so gorgeous looking, I have mine on display in the office.

One thing that you might be slightly surprised about is that you can gain a richer sound from the board kalimba as opposed to the Box.

Some Kalimbas produce a louder sound than others, and the volume can also be perceptually heard depending on the environment.

The loudness of a Kalimba measured in decibels, is between 75-90dB depending on the model. The lower to mid-tones are loudest with the higher tones producing slightly less in terms of the decibel level. A normal conversation will sit between 70-80dB in comparison.

A Kalimba will seem to be louder when played in a closed environment, but with background noise all around outside, they may seem quieter and the sound will not carry as far. Although if you can sit by the edge of a quiet and still lake. WOW!

You will probably be amazed at the volume of even mini kalimbas if you play one for the first time.

No matter how many YouTube videos you watch of Kalimba playing, nothing quite prepares you for just how loud and clear they can be in your hands, even from small board set Kalimbas. Those supplied on sound boxes have further organic amplification and resonance created by the space in the box.

On box Kalimbas you will find holes in the box. These are not there simply for the look, they serve a purpose and facilitate your playing technique.

The holes can be used to create a vibrato by affecting the air and resonance within the cavity of the Kalimba box.

You will find in most cases, one larger hole on the front of the kalimba, which can be used with the thumb, and two further, smaller holes on the back site of the box, which finger from each hand can cover and expose for effects.

If you cover the holes on the back with a finger from each hand, play a note and oscillate your thumb over or in and out of the sound hole on the front, you get the Wah-Wah effect, or vibrato, much like is achieved by a cone on a trumpet.

Can you amplify a Kalimba

You may want to amplify the sound of your Kalimba, either for recording or perhaps even for performance reasons. This is easily achieved in a couple of ways

Some kalimbas like the Hugh Tracey TK10-R EQ Kalimba come supplied with a built-in pick up. This is a very handy facility to simply connect a jack to the pick-up output in your Kalimba to connect to a mixing desk or amplifier.

At this point, you can add effects as required to get the sound you want or need

You can also amplify the sound of your kalimba using microphones. However, as a handheld instrument and a small one at that, it is not an ideal scenario although still possible with inexpensive condenser microphones, supported by a stand.

In this scenario, you will want to have the microphone relatively close, and perhaps positioned over the tp of the kalimba

Another micing option would be to use a contact mic, although, these do not work so well as you have constant constant with your hands and more than just the sound of the tines can be picked up.

I have a matched pair of Behringer C-2 Studio condenser mics, [Available on Amazon] which are pretty cheap and do fantastic job, which I’ve used for handpan and tongue drum recordings.

Reasons to buy a Kalimba

As if you need an excuse!!, Actually, Kalimbas are very reasonably priced, so your budget shouldn’t be a problem, but if you are still to be convinced, take a look at 11 reasons to buy a kalimba, and you’ll be in no doubt

If you want to find out more about how many keys you can have on a kalimba, and perhaps make a choice based on it, take a look at the kalimba key info page where you’ll find a wealth of info on this fundamental part of the instrument.

If you have found strange noises coming from your kalimba or have noticed a buzz when you play, I have a small guide how to easily remove the buzz from your kalimba. It will cost nothing, take only a few minutes and your Kalimba will be playing like new once again. While you technically can play the kalimba without nails, it is generally accepted to be rather uncomfortable and sometimes even painful. On top of that, your fingers will never make as clear a sound as fingernails on the metal tines – so you might not be able to achieve that beautiful, melodic ring that the… The first thing you want to do when you recieve your first Kalimba is play it. Based on kalimba up to 17 keys, depending on the size of your instrument, coupled with the size of your hands and length of thumbs, it can feel a little awkward at first. So what is the right way…

It always cracks me up when I see the question asked about whether a Kalimba is worth it. I mean, what does that even mean? Worth what? The Money? The Effort? Is this a value of time question? Is a Kalimba Worth it? A kalimba is more than worth anything you can put against it…. 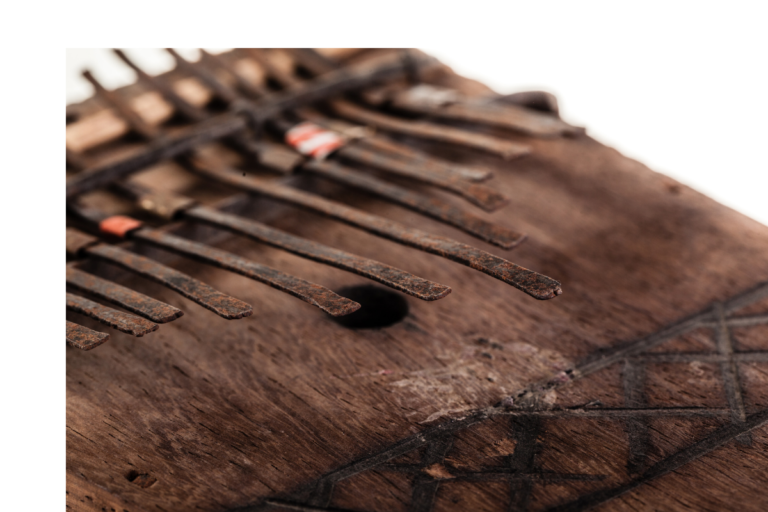 A chromatic Kalimba is different from standard kalimbas you may already be aware of. They have more tines and notes and tuned to a different scale. They are more closely related to the original African Mbira which were the inspiration for this largely unknown but well-loved percussion instrument. So let’s find out: What is a… If you ever had a question about Kalimba tines, the chances are I have asked it too. Arguably the most important part of a thumb piano, Kalimba tines are far more important than the level of information available in the public domain. To address that, I have researched the most frequently asked questions about kalimba…